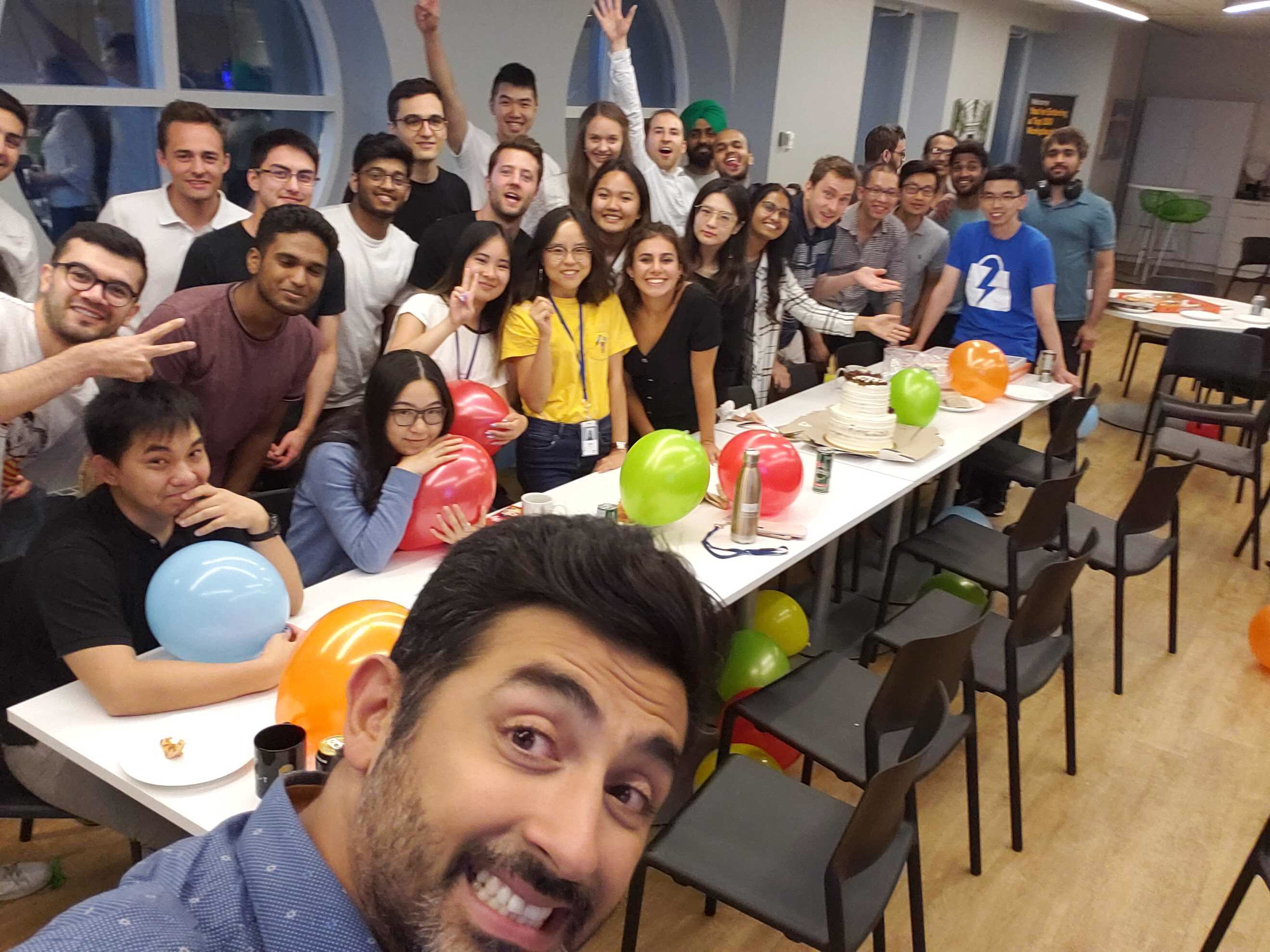 Saying farewell to the Summer 2019 intern cohort at the de Maisonneuve office in Downtown Montreal in late August 2019!

From August 2019 – December 2019, I moved east of Canada to Montreal, QC to start my first-ever internship at SAP. During my 4 months at the German-based multinational software corporation, I worked under the Consumer Industries (CI) cluster, which comprises of 4 sectors - Consumer Products, Life Sciences, Retail, and Wholesale Distribution.

While I directly reported to my manager, Solenne Lafeytaud, during my internship, my situation was unique in which I had the chance to work closely with our Core Leadership Team under CI. I even interacted with our Co-President, Lori Mitchell-Keller, in a few instances - firstly, for a ghostwritten public LinkedIn article I wrote, and secondly, during our annual SAP Advisory Council for Consumer Industries.

As a Consumer Industries Communications Intern, some of my primary responsibilities & duties included:

Due to NDA reasons, I cannot publicly disclose any specific, confidential information surrounding my work. However, keep reading further about my takeaways at SAP and re-living some of the best memories I've made in the city of Montreal, all by myself!

This ghostwritten LinkedIn article is the only assignment I can publicly display, as it is available on LinkedIn to read. It is written from the perspective of our Co-President, Lori Mitchell-Keller, attending an adaptive fashion event during NYFW S/S 2019. 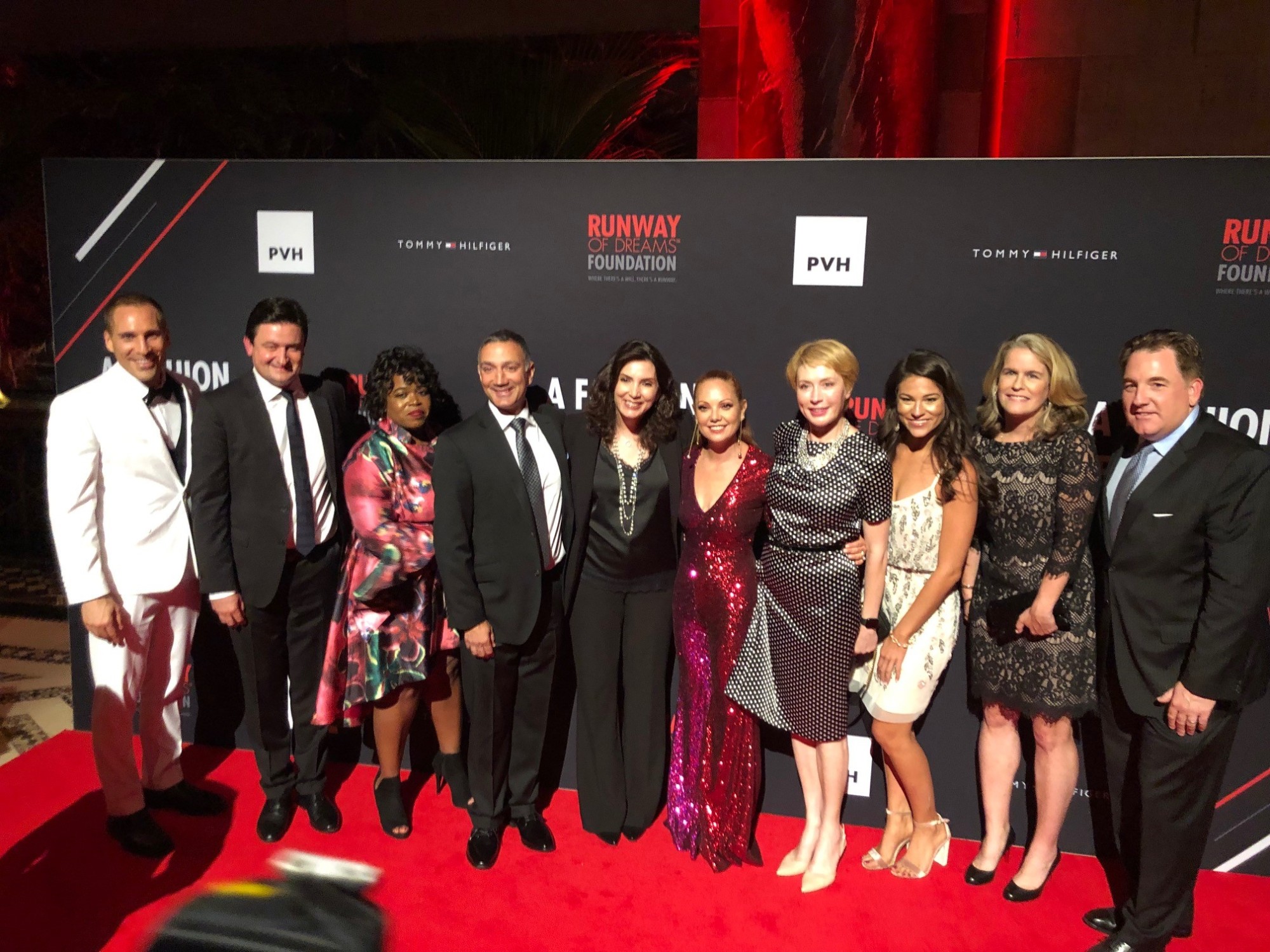 You can read the full article here.

The redesign and maintenance of our intranet groups on SAP Jam, our social collaboration platform tool, was the main project I worked on during my time at SAP.

Even though my internship focussed around communications, this project gave me the opportunity to dip my toes wet into parts of User Experience (UX) - notably UX research, content strategy, and intranet design.

I also got to establish best practices & recommendations, visually & written, for those under the SAP Consumer Industries (CI) sector, in the form of a Powerpoint and PDF files.

Lastly, during a Skype meeting, a Europe-based colleague recommended me to use SAP Web Analytics to track data in my intranet groups. From there, I used the software to identify pain points and trends in user behaviour and traffic.

Selected SAP offices have a program specifically for interns, called the Internship Experience Program, or iXp for short. At the time during my internship, both Downtown Montreal offices was still in the works of bringing iXp; instead, we just had the Montreal Intern Committee.

I was 1 of 3 Volunteer Co-Chairs acting on the committee. Fun fact, my other 2 Co-Chairs, Belis Turegun and Estela Xu, are also from Vancouver and had moved to Montreal to do their internships at SAP too! 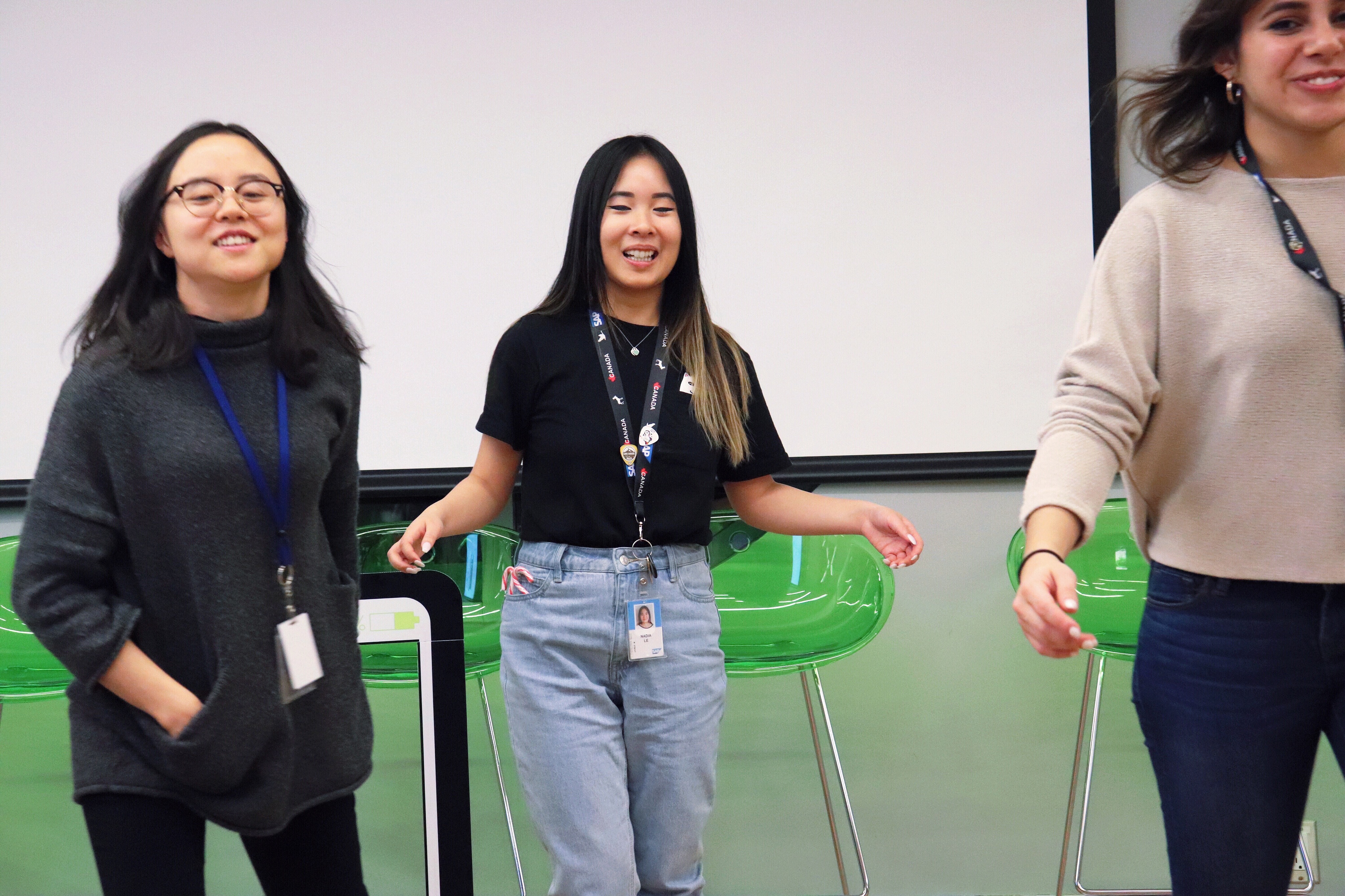 This picture was from our Fall/Winter 2019 intern farewell party in December 2019. I was sad that it was my last week of my internship and I had to say goodbye to everyone. :'(

Among the 3 of us, we represented approximately 50-75 interns from our two Montreal offices - Robert-Bourassa and de Maisonneuve, by hosting social and career development events under an allocated $2000 budget from our sponsor, Amir Pourteymour. Such events included a 5 à 7 (Quebecois French for Happy Hour), and a "What I Do @ SAP" LunchTalk. 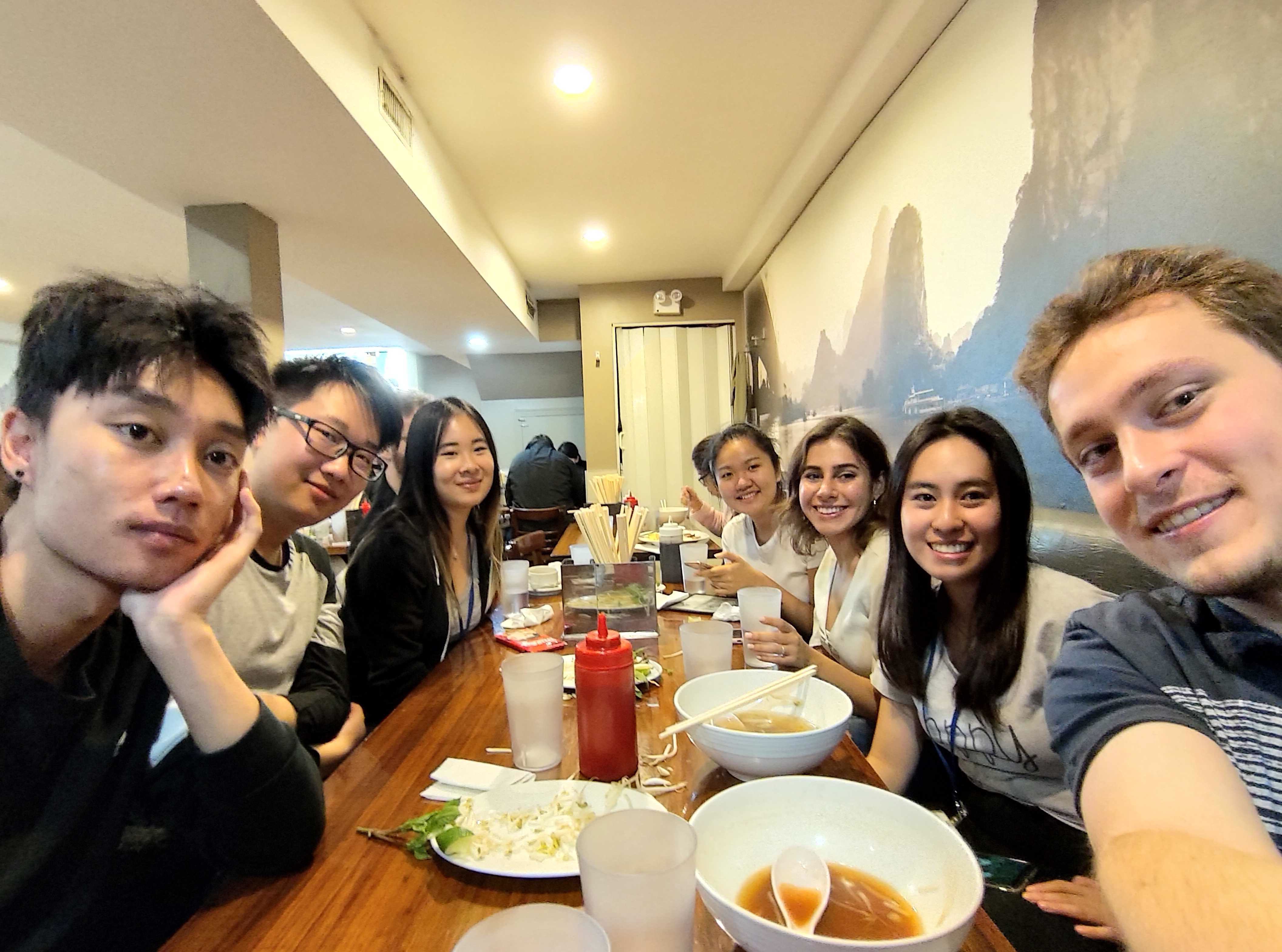 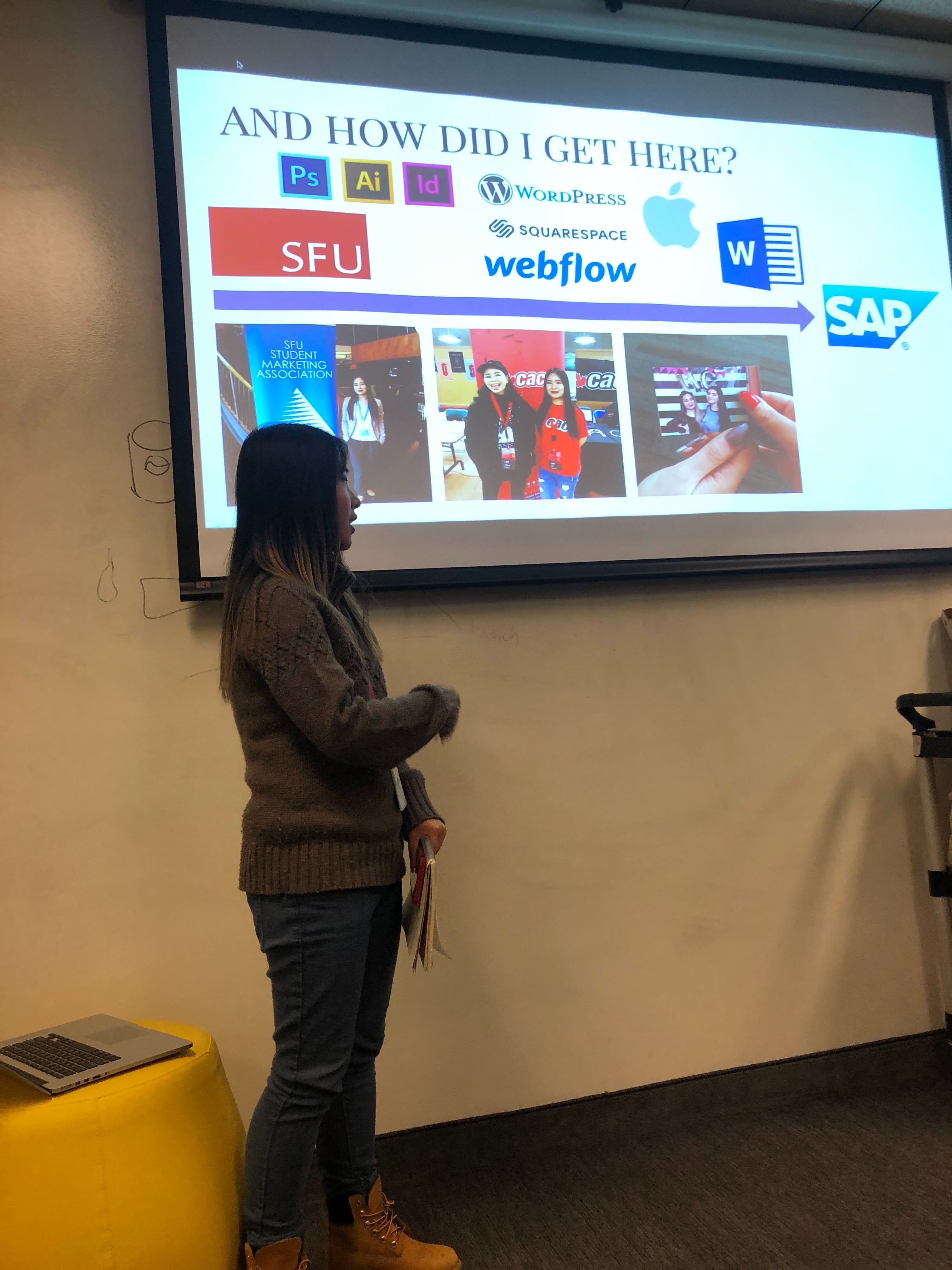 Presenting my slides at our "What I Do @ SAP" LunchTalk!

Takeaways from SAP and Montreal

I was working the 9-5 in a huge, corporate environment in the second largest city of Canada for my first-ever internship. While I was eager and excited to launch my professional career as a young student, at the same time, I had doubts, fears, and anxieties the first weekend I landed in Montreal. Emotionally, the latter felt easier to take in.

This took quite some time to process, but by the time I finished my internship just before the holidays in December 2019, I felt like I accomplished so much. I could now add some amazing and innovative projects I can put on my resume that projected a reach to hundreds of thousands of our partners and clients around the world. Outside of my communications department, I got to meet so many talented software developers, project managers, business sales advisors, and VPs through conferences, milestones, and coffee corners.

As for adulting, this was my first time ever moving away from home, and I was the first person out of my entire friend group to move out all by myself. Vancouver is known to be a chill, laid-back city that has constantly been ranked as the highest quality of life, so it is no surprise that everyone tends to stay in Vancouver their whole lives.

Another thing about adulting I also want to bring up was having to get used to a 3-hour timezone difference. In theory, 3 hours may seem little, but when you're calling your family at 9:30 PM to update them on life and it's 6:30 PM where they are... that's something I don't know if I can ever wrap my head around.

2) Learning the practical and employable skills in the workplace.

My style of writing that I learned from writing papers in school can be described as very meticulous and articulate, using a lot of sophisticated adjectives. This did not work when I was writing articles and documents for our team at SAP, and I had to adopt a new style that was easy to understand and flowed elegantly to our readers.

Working in a group at school (cough cough, group projects) is NOT the same as working in a group with your co-workers. You're bound to get feedback you might not agree with, and as a young intern, it may be hard to take in and respond back.

Luckily, my manager was very pleased with the work ethic I had, and was supportive of the ideas I brought in during my internship, so during some Skype meetings we had with our other co-workers, she was able to back me up in which I learned firsthand, what to do and what not to do when it comes to giving and receiving feedback and constrictive criticism.

3) Getting absolute culture shock when I was living in Montreal, even though I was still living in Canada.

For those of you who aren't familiar with Montreal, it is in Quebec, the only francophone, or french-speaking province in Canada.

I have been asked by a lot of people whether I knew French, or if I had to learn French upon moving to Montreal and working at SAP - in which the answer is, no! This was very surprising, and learning French would have obviously been a huge plus. However, 90% of the conversations I heard in the office were all in English, as SAP is a global company.

What I did to ease that culture shock, was immerse myself in the city - I ate poutine like no tomorrow at La Banquise, a 24/7 restaurant serving over 30 styles of poutine. I made lifelong friends from McGill and Concordia, the two English speaking universities in Montreal. And my personal favourite? Experiencing -30 C weather during the last week of my internship. I remember exiting out of the underground Metro system and did my daily 10-12 min commute walk to the office under a snow blizzard. I was probably 2 mins away from getting frostbite on my ears for not wearing a toque. But honestly? If I could do it all over again, I definitely would. 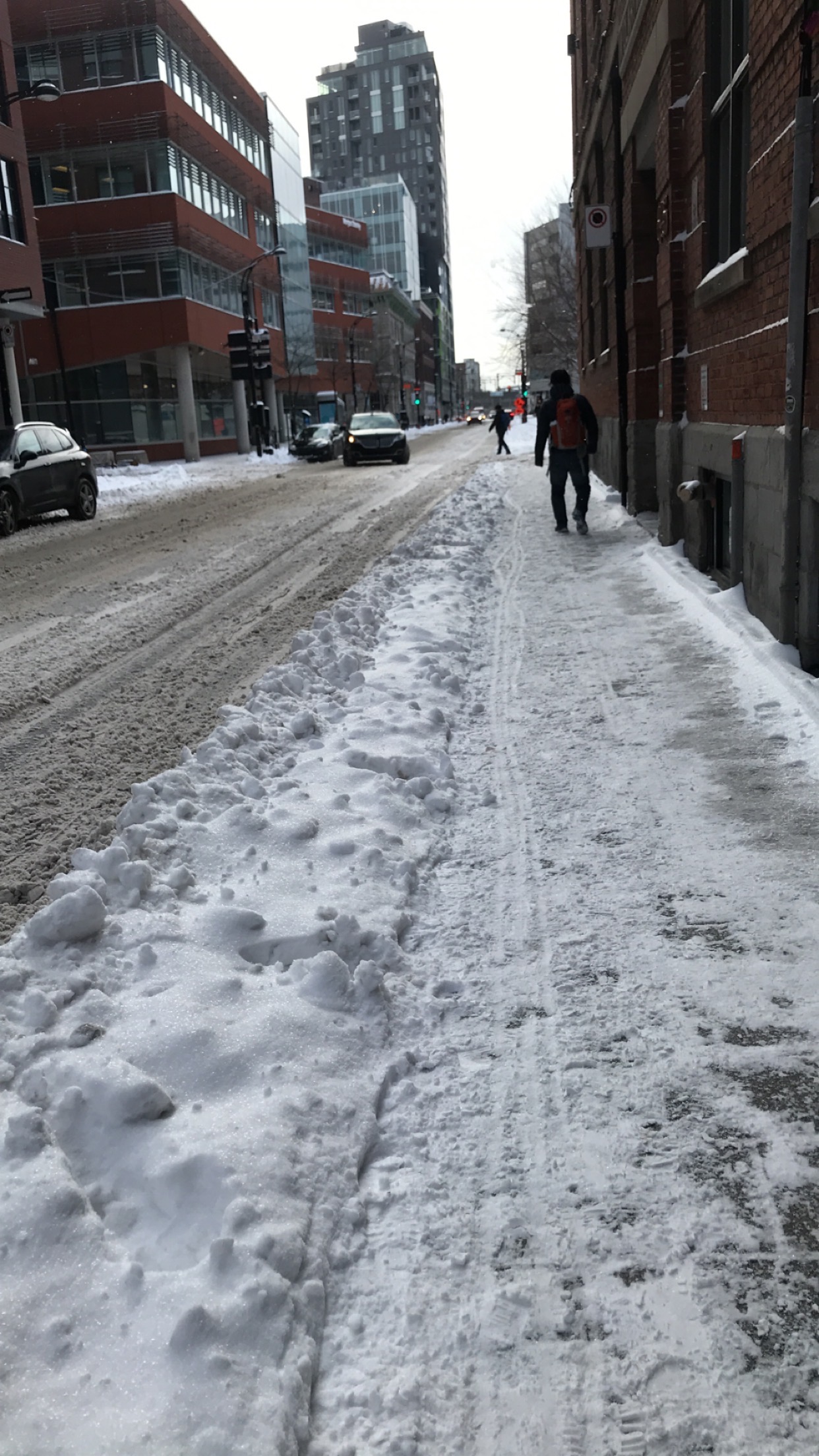 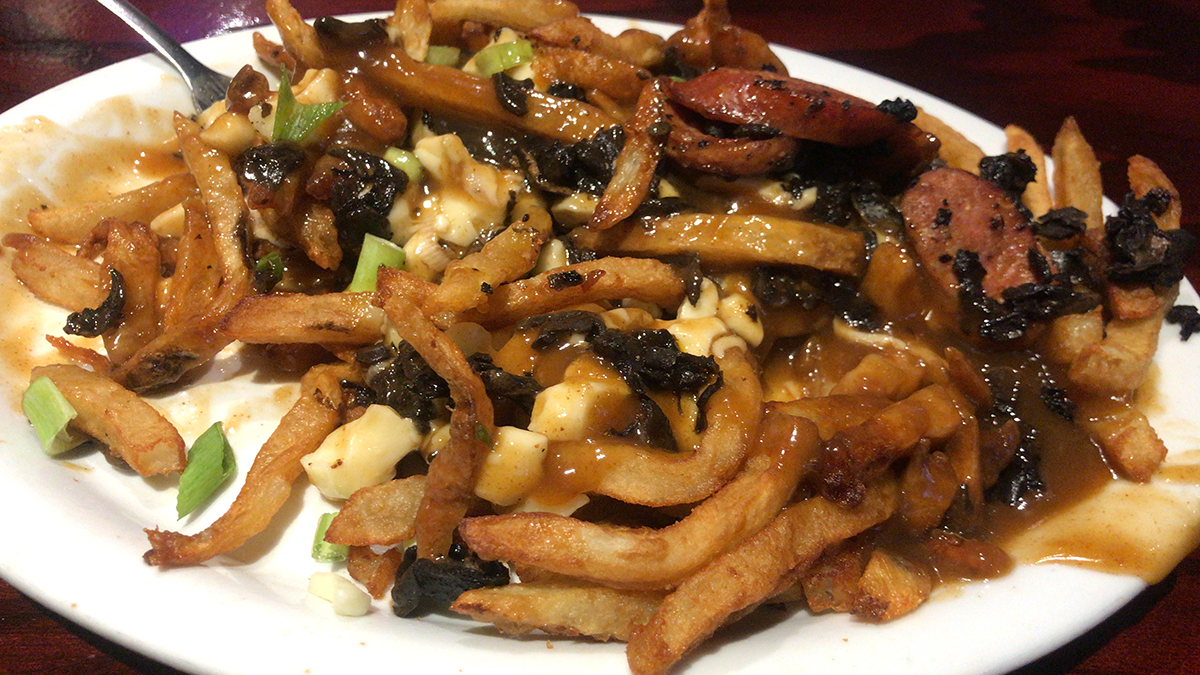 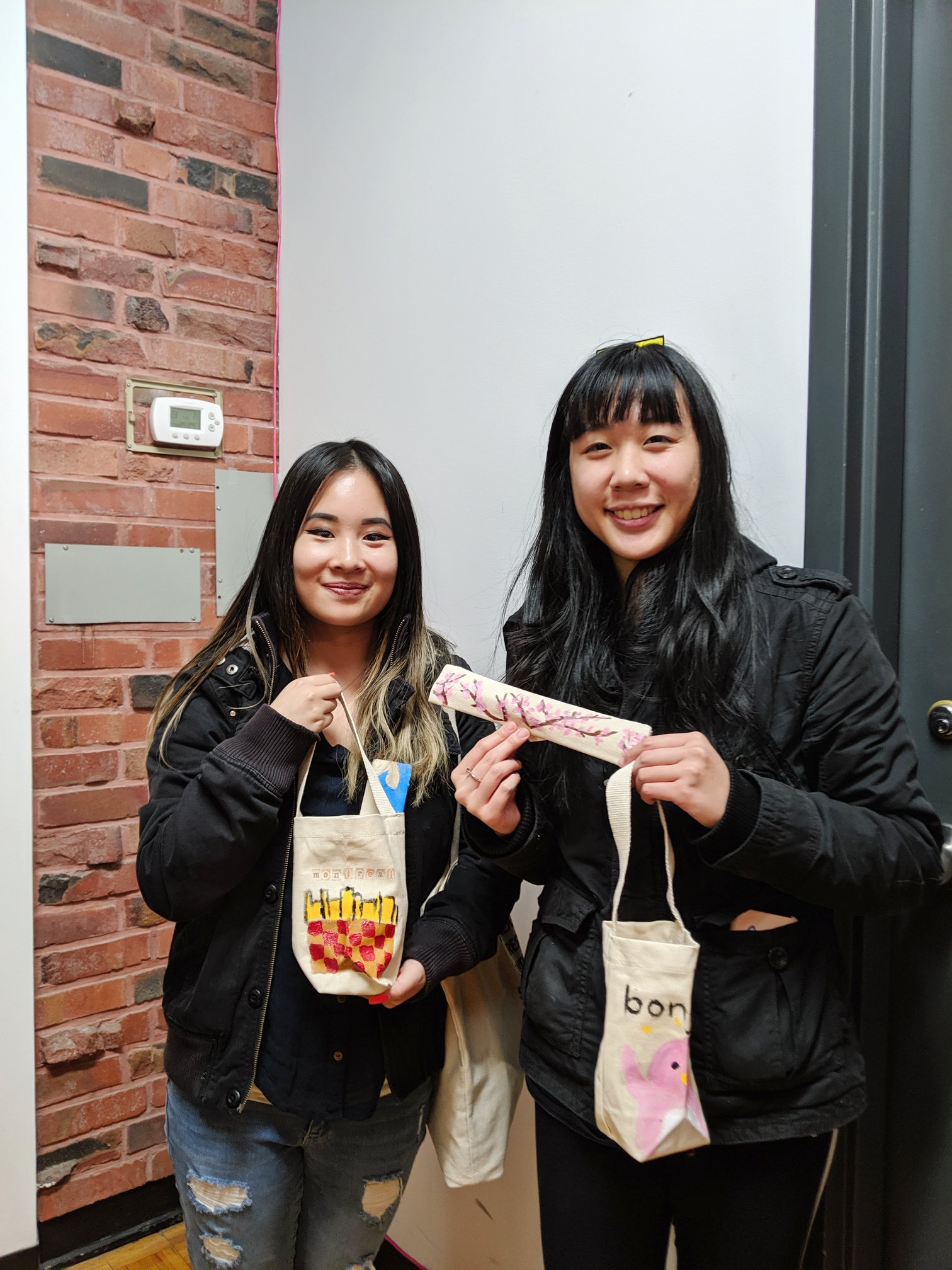 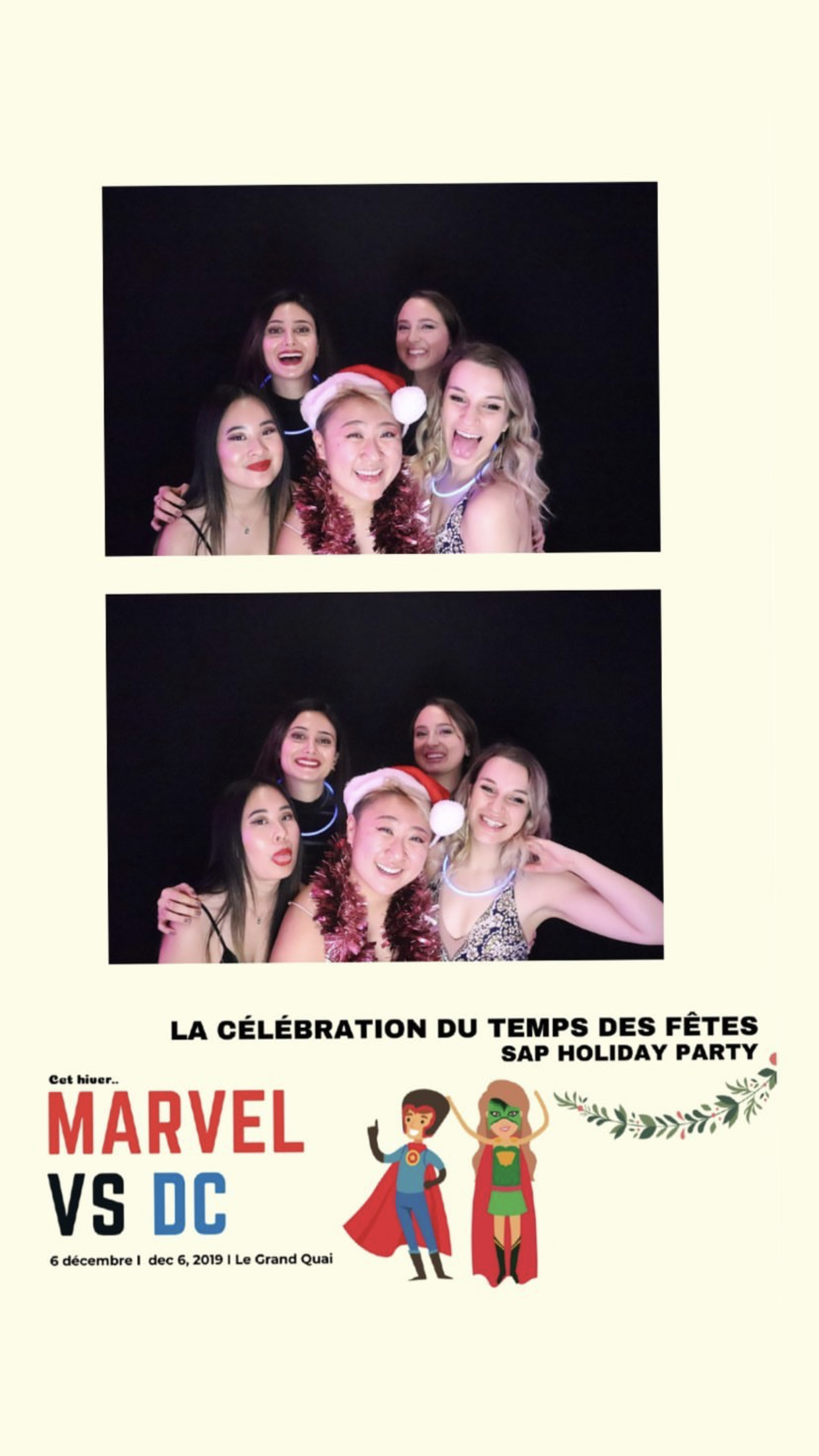